As one half of the award-winning duo One More Girl, McKillip has been entrenched in the entertainment industry since childhood, well respected as one of the country’s most in-demand session singers with a slew of film and television credits to her name.

As a member of the award-winning roots rock outfit The Matinée, Rose has developed a reputation for his engaging, dynamic performances and multi-instrumentalism, cutting his chops as both a session and live musician with the likes of Tom Cochrane, Dallas Smith, Jet Black Stare and more.

Combining a wealth of experience with formidable artistry and vulnerable lyricism, succinctly coming together to form Still Creek Crows, the duo cites The Band, Patsy Cline and Hozier as just a few of their many musical muses.

Forging new sonic ground and infusing elements of roots and alt-country music with modern pop-rock production, their self-titled debut album is just the beginning of the road for Still Creek Crows, and with a multitude of tricks in their vast musical arsenal, fans can expect more exciting announcements coming soon. 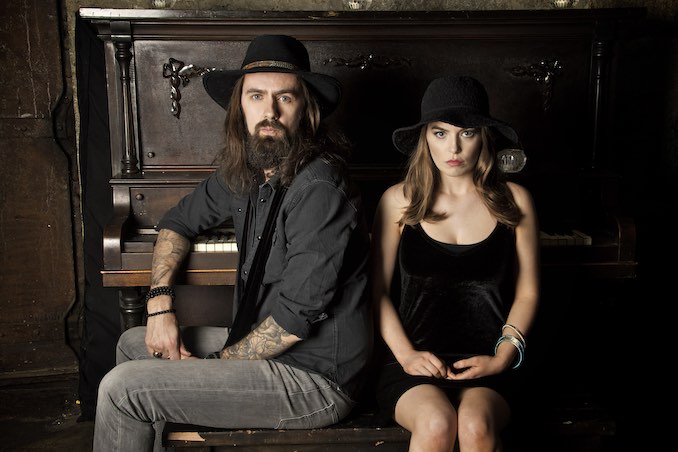 Dance Monkey, Paw Patrol Theme Song, any Disney movie song (that’s what having young kids will do to you)

A couple of drinks, a vocal warmup, and a wager on how many people will be in the crowd…..after that, just try to not f**k it up.

There’s this up and coming singer from Vancouver who is starting to make a name for himself….Bryan Adams. Keep an eye out for him.

Does anyone really have time for an LP these days?!?!?

Road, because there is nothing better than performing live for a crowd. But being creative with other musicians in studio is also an amazing experience. BOTH!

Our debut album just dropped – check it out on all streaming platforms!

Any of the 5000 sushi restaurants in town will do.

Whichever one doesn’t have any traffic!

Dude Chilling Park in Vancouver…..never been there, but the name is pretty cool. That or any of the 22 parks in Vancouver where they allow alcohol.

The Commodore is legendary, but you haven’t lived until you’ve watched a cover band at the John B Pub in Coquitlam.

Nine years ago, three six-graders ignored all the other trappings of ascendant teenagers and dedicated themselves fully and feverishly to making music. Growing up in the serene town of Vernon, BC, daysormay not only mastered […]