Joe Fortes Seafood and Chop House is rightly a Vancouver institution and a destination for exquisite seafood. It first opened in 1985, a hundred years after its namesake Seraphim “Joe” Fortes first arrived in Vancouver. Joe was a beloved figure, becoming the city’s first lifeguard. The restaurant strives to cultivate his warmth and generosity of spirit. 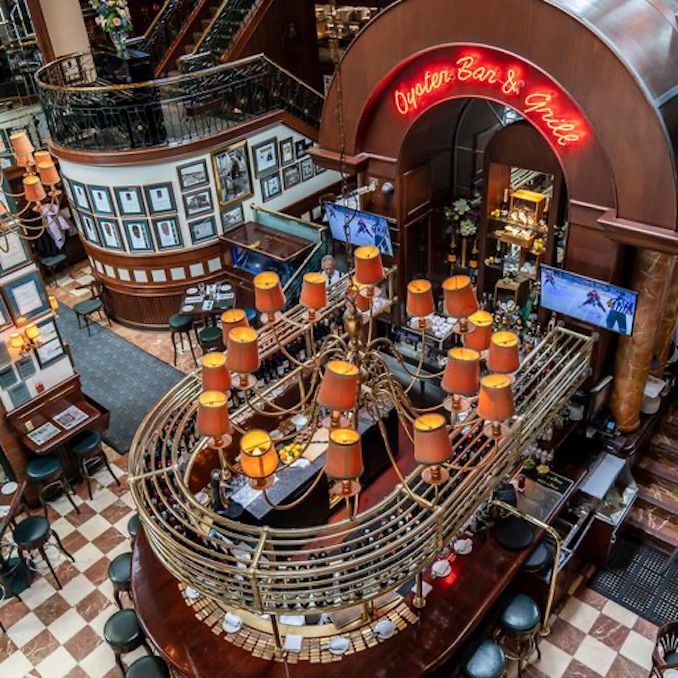 The restaurant is a beautiful multi-level space with soaring ceilings. It even has a little horseshoe shaped oyster bar. For all its history, and the high quality of its food, Joe Fortes still has a convivial atmosphere. The white paper topped tables seem to encourage dripping and spilling, especially if those drips and spills are the result of eating with enjoyment and abandon.

Fall and winter can be the best time of the year to enjoy fresh seafood, as mussels and oysters fatten up. When I visited on a day in early December, Joe Fortes had four West Coast oysters on the menu. What is special about oysters is the terroir, the flavours imparted by the place in which they are grown. All four of the oysters I tried were from British Columbia and they all looked and tasted distinct from one another. 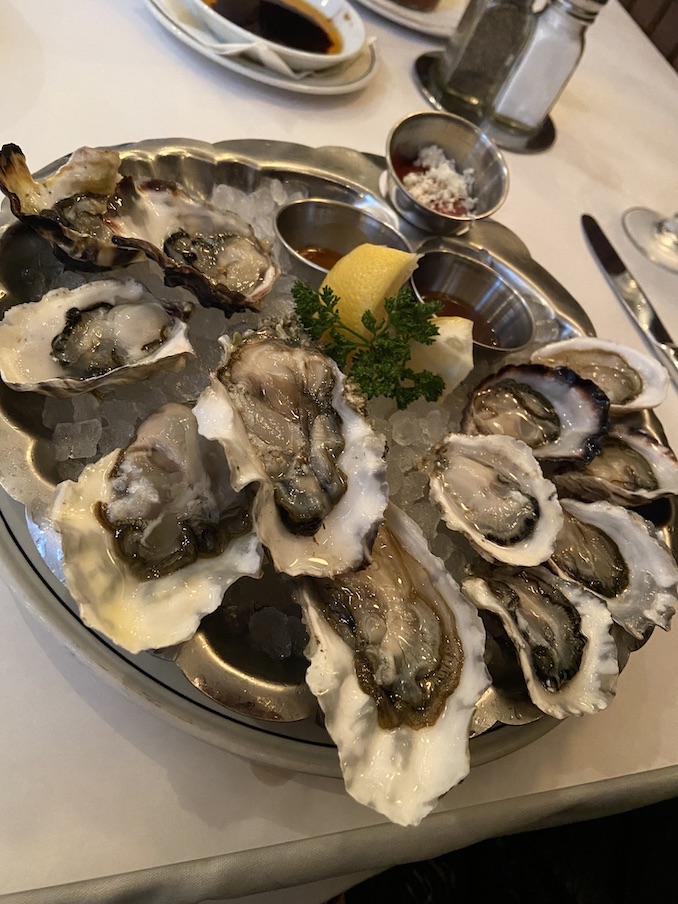 Kusshi are possibly the most popular popular West Coast oyster. They are perfect for a first timer as they are small and firm and sweet. Kusshi oysters are grown in Baynes Sounds, on the eastern side of Vancouver Island. They are tumbled as they grow so they develop thickened shells and deeper cups.

Another smaller oyster I got was the Little Wing. These come from Okeover Inlet in Desolation Sound. The texture is softer than the Kusshi but the size is about the same. The Little Wings have a nice clean ocean flavour.

Chef’s Creek oysters are a favourite of mine. They, like the Kusshis, come from Baynes Sound. They are grown suspended in mesh trays. Instead of being battered like the Kusshis, these oysters are protected in their mesh beds and have no need to defensively thicken their shells. They have a minerally, seaweed flavour.

The biggest oysters were the Lighthouse oysters. These are grown on the beaches of Denman Island, which hardens the shell. The beaching also adds a briney flavour. 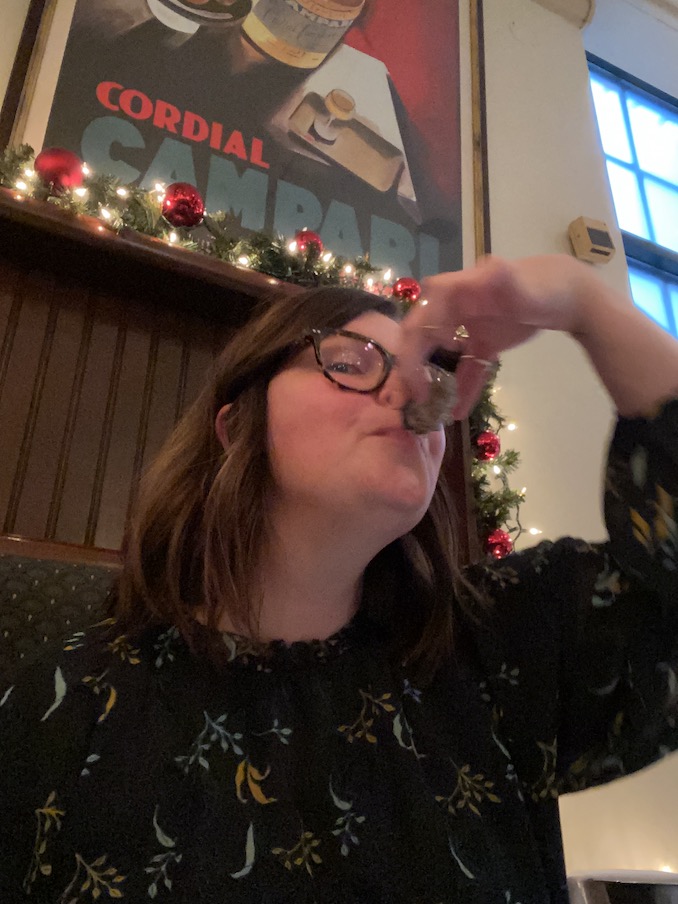 Have It Your Way

One of the great things about oysters is you can choose how many you want to order. If you’ve never tried an oyster before, you can order a single one and give it a go, which you should.

Another nice thing about oysters is you can customize the toppings to suit your tastes. Joe Fortes provides cocktail sauce and fresh grated horse radish, a classic mignonette, Tobasco, and a ginger yuzu sauce.

Joe Fortes pours classic cocktails and offers a full selection of over three hundred wines. The staff are knowledgeable and helpful if you need guidance. I took the advice of my server and tried a local white wine from Vancouver Island. It’s exciting to be able to taste a wine from the very same region where the oysters are from. Alderlea Vineyards is actually one of only a few wine producers on Vancouver Island. Located in Cowichan Valley, they make a bright and aromatic Sauvignon Blanc in the New Zealand style. It smells like sweet fresh hay and tastes like peach, and is a great pairing with oysters. 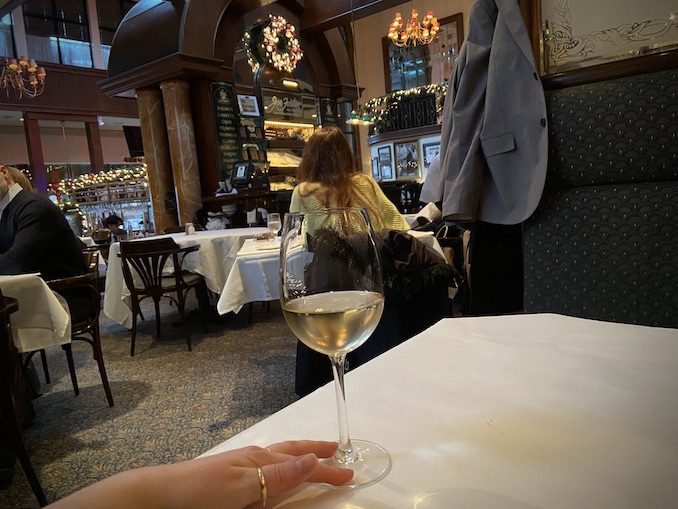 While you can enjoy fresh oysters any time of year, Joe Fortes does have a few seasonal winter menu items. The salmon wellington, on the dinner menu, is one for example.

The lobster bisque is another seasonal offering. Whether you order a half or full order, the bisque is served table side. The rich and creamy soup is poured over lobster meat. The bisque is sweet from the lobster shells and warm from the brandy. It is so comforting on a cold day. 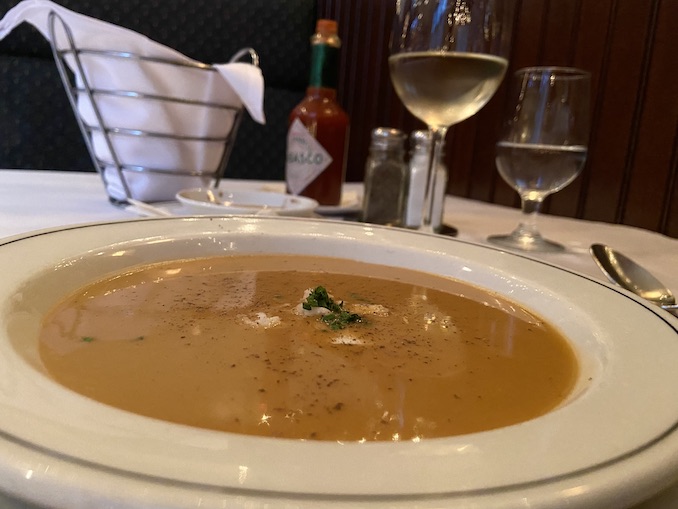 It is the experienced team at Joe Fortes that makes dining there so enjoyable. With many hands on deck, the service is attentive without feeling rushed. The delicate timing of courses can have a huge impact. Well paced service is how you can easily spend two or three hours at a restaurant like Joe Fortes without even noticing. In this regard, it is an ideal setting for a special occasion.

Joe Fortes is open 11am to 11pm 7 days a week. They serve weekend brunch, lunch, happy hour, and dinner. They will also be celebrating New Year’s Eve with a Countdown which includes champagne, live entertainment, and a balloon drop.

Throughout the 1900s, and still in the present day, fashion has reflected the spirit of the city of Vancouver. Acting as a proponent of expressing culture and displaying innovation, it represents the current tastes of […]

One of the best ways to compare development in a city or of a general landscape is by comparing aerial photography of the past with future images of the same area. A few years ago […]