Hailing from Vancouver’s North Shore, Rose Ranger’s creative process is inextricably linked with the ocean and mountains that are a stone’s throw away from her front door. Combined with her love of all musical genres and her utmost appreciation for all the creative arts – the blend creates a dynamic vibrancy in her songwriting process. And that sentiment is a testament to her new music. The lush songs are an ode to self-discovery, and to the subtle yet profound moments of life – with the results being unpredictable, vulnerable, strident and sincere. “I was always musical, I didn’t really follow any one type, I absorbed it all. I grew up dancing as a kid: ballet, tap and jazz. And with dancing, there is a different style of music for each dance form. With ballet it was classical, tap was mostly Broadway show tunes and jazz dancing had pop and rock. So, I’ve been influenced by a lot of different styles of music and creative art forms.”

Rose explains, “this album similarly titled Confessions – and there are many of them, is about speaking my own truth. It’s about resiliency and learning how to find strength in vulnerability and finding one’s inner hero.” The album was produced by Juno award winner Ryan Stewart and Rose Ranger as co-producer. Together they worked in Stewart’s recording studio last summer through the peak of COVID. She shares, “we had protection glass set up between us and wore masks until we got vaccinated. Then we had the crazy summer heatwave and we were working on the hottest day of the year. At some point in recording my vocals, I started losing my voice which has only happened to me once before in 2012 after overuse of my voice. I had to stop speaking for the month of August to save my voice for singing, so there were a lot of unpredictable changes going on.”

The artist’s second single Power is a dynamic and bold self-empowerment track that shows the singer-songwriter’s prowess in creating songs with stylized lyrics and textured melodies. She states, “Power is about speaking truth to those who abuse their power from the personal to the collective. The single is about justice and standing up for oneself. It’s about transforming the pain of oppression into something that is empowered. I think of Nelson Mandela’s speech about there being nothing enlightened about shrinking yourself into a less empowered version in order to belong or fit the mould.”

Confessions search for sparks of hope, empowerment, and freedom after some personal and family tragedies in Rose’s own life. She explains that she hasn’t spoken about it publicly, but the last six years have been painful both emotionally and physically- she had a serious physical injury that left her unable to play guitar. She shares, that I am healing and patiently working every day toward playing guitar again on stage in the future.

After going through and emerging out of some very dark tunnels, Rose Ranger’s Confessions will have the listener finding glimmers of light in her new music. Available on Spotify, Apple Music, Amazon Music and wherever music is streamed and sold. 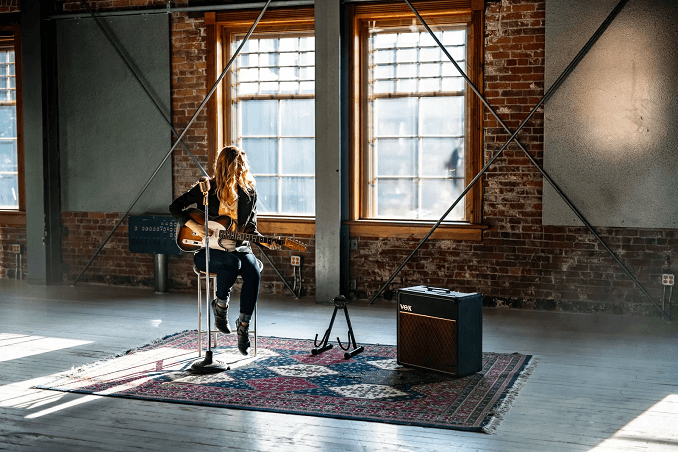 “I feel that music is the most powerful medium in our culture because it is a universal language. Music has the ability to move us into our heart and out of our fears.”

There were a bunch, but I’d say Tracy Chapman and Bonnie Raitt were instrumental in helping me to understand music and songwriting. It’s all about the soul…

Songwriters are my favourite musicians. There are many!

Water on hand always. Letting go of any worries to focus and be present. If I’m feeling emotional I just try to use it in my performance and allow it to be what it is. Singing can be healing.

Definitely a night owl. I get a lot of work done at night. But I sometimes wish I was the early riser type.

What do you currently want to promote?:

Stepho’s and The Naam. Where you can order your food with some humour on the side.

West Van Sea Wall is my favourite street. Does that count? I like a friendly relaxed vibe. Being by the ocean is the closest thing to feeling like you’re on vacation.

Dude Chilling Park has the best name, but Spanish Banks and Stanley Park are my top picks.

“Five Minutes With” rock and roll band, Chase The Bear

Chase The Bear is a rock and roll band from Vancouver, BC that mixes catchy hooks, roaring electric guitars, and hard-hitting rhythms inspired by classic rock with influences of indie, soul, R&B, and pop. The […]

Singer/Songwriter Silent St. j perfectly marries alternative folk and soul. She graciously creates an emotional resonance with her music and has the ability to enchant her listeners. With honest and captivating lyrics and soothing vocals, […]

If alien means belonging elsewhere, perhaps Kid Filthy is someone who belongs everywhere. The shy rockstar finds himself at home in the eclectic and the contradictory, effortlessly pairing petaled shirts and glasses, suturing vulnerable lyrics […]