Chase The Bear is a rock and roll band from Vancouver, BC that mixes catchy hooks, roaring electric guitars, and hard-hitting rhythms inspired by classic rock with influences of indie, soul, R&B, and pop.

The outfit has been playing in the southern end of the province since 2015, starting by busking on the streets of Victoria after brothers Troy and Leo Gilmore and childhood friends Connor Brooks and Braedan Royer moved from Fort St. John, B.C. with the dream to turn music into a career. They quickly gained recognition for their catchy original music and singer Troy’s bluesy, powerhouse voice before picking up keyboardist Kevin Parker and guitarist Jordan Phillips and moving to Vancouver.

Chase The Bear has played over 100 self-booked shows from Victoria to Thunder Bay and everywhere with a stage in between, including a sold-out show opening for The Trews at the Commodore Ballroom. 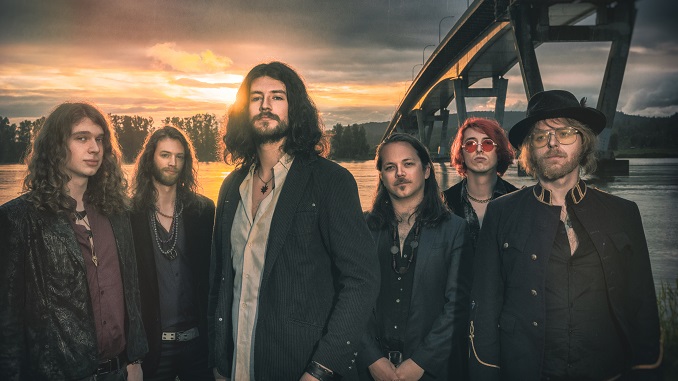 Rock and Roll, unless our rap career takes off

1 EP, and one forthcoming LP!

At one of our first shows in Victoria, an audience member repeatedly screamed “YOU CAN’T STOP THE BEAR!!!” This has stuck with us for 5 years and we scream it to this day.

The Vidos, and our label isn’t making us say this!!!

All I ever want is 5 more minutes in bed in the morning, so night owl.

That’s like picking between Vanilla and Chocolate when you could just get Neopolitan.

September 16th at the Biltmore Cabaret with Dealers Choice

If you stream our single enough times, we’ll be able to afford a meal at a restaurant and we’ll let you know

Jellicoe because it’s fun to say

Lozen tells a tale of coming and going, and the fire that comes with reuniting in her newest single, “Something Bout Chu” — available now! A harrowingly romantic combination of what feels like the Dirty […]

Based out of Maple Ridge, BC, Kassandra Clack is a tenacious country artist who is no stranger to radio buzz in both major and satellite radio markets. With her most recent involvement as a finalist […]

Zoey Leven is a 21-year-old Indie artist from Vancouver, BC. From the age of 3, Zoey has grown up surrounded by a musical family, learning piano from her Aunt and Musical theatre from her cousin, […]