Hailing from South Auckland, New Zealand, Vancouver-based singer, songwriter, and multi-instrumentalist, Niki Kennedy, is dedicated to making music that feels like a big hug whether you want to dance or cry.

Her latest single, “The Things I Wish I Said” is out now. Niki hopes that by sharing honestly and vulnerably, listeners will feel seen, heard, and a little less alone. A reminder that it is okay to not be okay as she tries to give the world a hug, one song at a time. 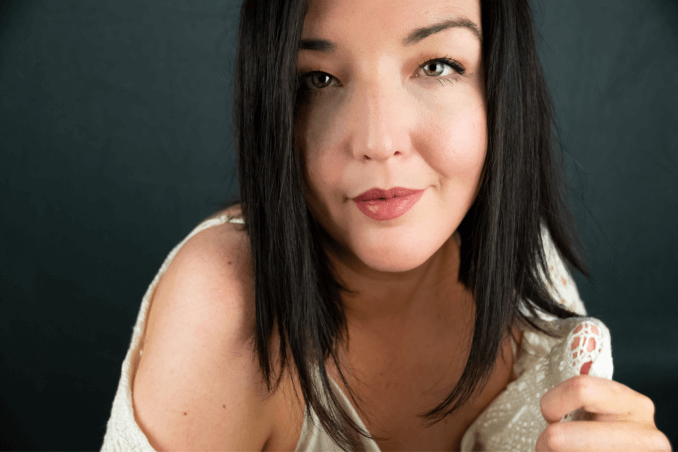 It’s definitely blurry, but I call it Nostalgia Pop.

The Things I Wish I Said

There were sooo many as I moved through varying stages of music discovery but the one that still has a resounding influence is Whitney Houston.

Can I give you a Top 20 list? Haha, it’s tough to choose because I just love so many artists and the music they create, but if I had to nail it down, I would say Jessie Ware and Trent Reznor (Nine Inch Nails). Jessie’s vocals are incredible and her latest album is by far my most-listened (and danced to) record of the last couple of years. Trent is probably one of my biggest writing influences. I’m so obsessed by his use of motifs, texture, and technology in sound, and am always inspired to be a better composer after a deep dive into his work. I’ve also seen NIN live multiple times and it’s always an incredible show.

I’m happy to own all of my listening pleasures guilt-free, but a tune that I think probably falls into this category that I just love to sing is Celine Dion’s version of “It’s All Coming Back To Me Now.” A song of epic proportions clocking in at over 7.5 minutes, the tone is set from the very first chord; the music theatrical, the vocals passionate. It’s hard not to get whisked away in the dynamics and emotion of it all.

David Ward, what a blessing to the ears.

LP all the way.

Night Owl. Despite my best efforts, I don’t think I’ll ever be a morning person.

Both! Is that cheating?

I just released my latest single “The Things I Wish I Said” on June 2 and I’m so excited to have this little tune out in the world. It’s about those moments we’re left alone after someone has exited our life and we find ourselves overthinking, overanalyzing. I really hope it reaches the people who might need it. I often play live around Metro Vancouver and also do frequent virtual shows on Volume. All upcoming dates can be found on my website.

One of the best things about living in Vancouver is there is no shortage of great restaurants but my go-to Vietnamese place, Pho Thai Ha, probably takes the top spot.

Commercial Drive. Love the culture, how vibrant and diverse it is, and there are so many great places to eat and drink (two of my favourite things).

Stanley Park… There are the classic reasons, but it’s also the first place I ever saw a beaver in Canada so it will always have a special place in my heart.

Vancouver has a bunch of amazing venues so it’s hard to choose but I’m going to go with The Rickshaw. I just love intimate venues and it’s hard to beat those sightlines.

Vancouver’s L&M has always been so good to me, whether I’ve been in the market for a new purchase, a repair, or needed a rental.

I live in Vancouver, though it doesn’t feel quite like home. I was born and raised in Moose Jaw, Saskatchewan. I make music, I read, I write, I carpenter sometimes, and sometimes I make things […]

Born in Ghana, West Africa, and raised between the U.K. and Vancouver, Canada, artist and songwriter, Mauvey, filters his unique batch of alternative pop music with hip hop, R&B/soul always alongside his message: Love. “My […]