Now based in Vancouver, Hayley Wallis began her musical journey at a young age singing for her family and community on a small, isolated island known as Klemtu, located in the heart of the Great Bear Rainforest in British Columbia. Being part of the Kitasoo/Xais’xais Nation has ultimately shaped who Hayley is today and helped carve a path for where she is bravely steering her journey with her second single and her debut EP. Passionate about leaving a strong legacy, she sings for herself, her children, and her people, and hopes to set an example that will empower the young generation of her community to pursue their dreams.

Her brand-new single, ‘Think Of You, is currently #28 and rising on the Indigenous Music Countdown, her second straight Top 40 hit in a row there, following her debut single, “Coffee Cup,” and let me know if you’d like to do an interview with her! 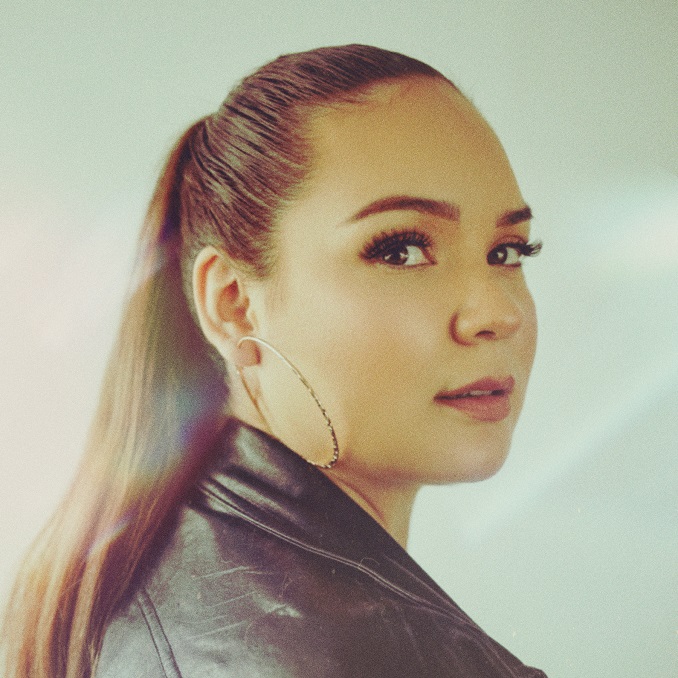 I started my music journey in November 2021

Because I got high by Afroman haha I’ve always wanted to cover this song and turn it into a balled, I think it would be amazing haha.

My friends and I usually meet up and get ready together – they’re the best hype crew! then I show up at the venue and try my best to play it off like I’m not nervous and drink an insane amount of water.

If you asked me a month ago I would have said night owl, but I’m turning a new leaf haha I’m an early bird now.

Road, I love travelling and hitting up the best food places wherever I’m at!

Havana Vancouver (on the commercial drive)

Commercial drive! – I went to high school on the drive and have been in love since! It’s the cutest little community!

Stanley Park! The seawall and beaches, is that even a question?! Haha

Guilt And Co in Gastown! The most beautiful stage set up and the sound is so great!

HMV, but they no longer have those around LOL. I should probably find a new one.

About Sofia Touboul 2 Articles
Multicultural artist and videographer. Her French and Colombian parents and her childhood in Israel led to a severe coffee, croissant, and shakshuka addiction. Obsessed with Instagram, she loves to share her life experiences. Follow Sofía on Instagram.
Instagram

Formed by Johnny Stewart in 2020, Pillars of a Twisted City return with Sentinel, the follow-up to their self-titled debut. The sophomore album still harnesses aspects of black and thrash metal but dives more into […]

If No Doubt had a child with the Red Hot Chilli Peppers and Rage Against the Machine, it would be Raincity. Raincity is a Vancouver-based Rage-Funk band fronted by female leads on saxophone and vocals. […]