I can see the Golden Era burgers orange truck as I cross the street at Kingsway and Broadway. The mouthwatering not quite char-grilled, not quite fried aroma of the flat top is in the air. I already know what I’m going to order because I’ve been getting the same burger from Golden Era since 2018.

Thanks to this food truck, the Golden Era of burgers in Vancouver is now. The name also conjures a golden, mythical past. A golden lady to take you away, as the Stevie Wonder song goes. Golden like the era of hip hop which ran from ’86 to ’93. A high point, a peak. As Hunter Thompson would say, a wave that broke and rolled back, unreachable like a memory.

In fact, it was the taste-memory of the perfect burger, a deceptively simple, platonic ideal that drove Carlos in his quest. And thus, Golden Era was born.

Before burgers, Carlos was working as a steamfitter, making the most of the week he would get off between jobs. If he was smart with the scheduling, he could get two weeks off instead of one. Two weeks is long enough to travel, but not to anywhere too far. So Carlos started exploring the States and, while there, eating American style smash burgers.

You know when you eat something on vacation and then come home determined to find it? At the very least to find some shadow version that comes close enough to to sate the craving? Carlos looked but no Vancouver burger came close. That’s when his experimentation began. 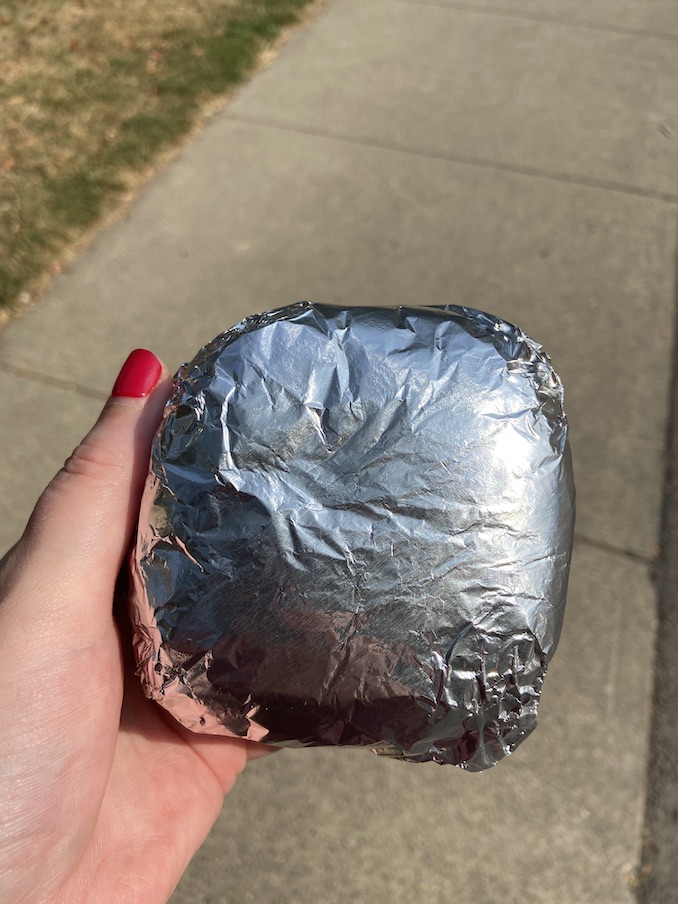 Together with his girlfriend at the time who had culinary training, Carlos began to test and taste. Soon finding himself with a lot of burgers on hand, he invited friends over to eat. Those friends liked what they tasted, and told others, brought others, and word began to spread. Golden Era had a growing fanbase; people wanted to know where they could get these burgers. Carlos found a truck and hired someone to build a kitchen. In an estimated six to eight weeks, the Golden Era food truck would be ready to hit the streets.

Fourteen months later, it finally did. 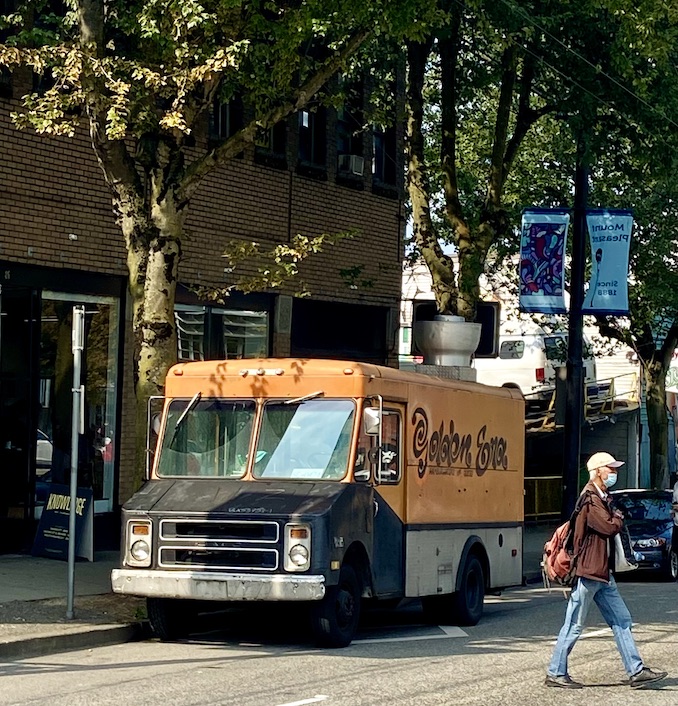 While the truck took longer than expected, Carlos hired himself out as a personal burger chef. For $100 he’d show up with a duffle bag full of ingredients and cook wherever you wanted him to. He’s still quite comfortable being nomadic, roaming the city and hitting regular spots but also covering a wide range of territory from East to West, and South. A general schedule is Commercial Drive daily, and Mount Pleasant on Wednesdays and Sundays. How do you know exactly where the truck will be? Instagram.

Golden Era’s menu is simple. It could also be called refined. The burgers are cooked on the flat top grill, smash style. Each patty begins as a round ice cream scoop of beef and is then pressed flat into the grill, creating a delicious crust. You can get a single (for $8) or a double (for $13), and there are three standard menu options: The Golden, The OG, and The Cali. 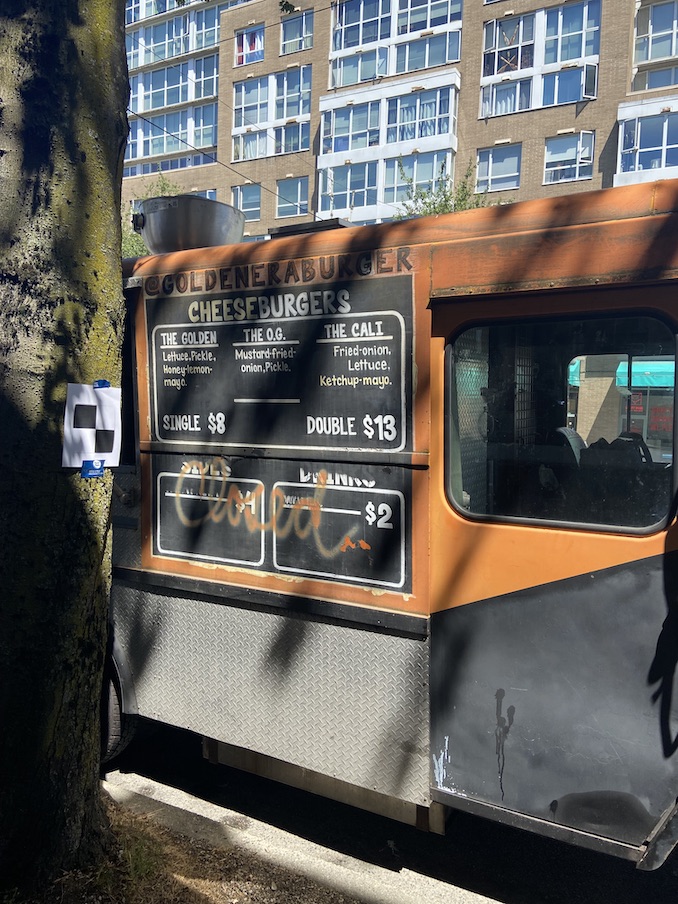 The Golden is so named for its honey-lemon mayo sauce, and it also comes with lettuce and pickle. The OG is my personal favourite. Fried onions are layered with chopped pickles and cheese onto a mustard fried patty. The Cali is getting pretty close to the much-beloved, highly venerated In N Out animal style burger with fried onion, lettuce, and a ketchup-mayo sauce. The allure of a food truck is the freedom to do what you want and specials will often appear on the menu as well.

Golden Era takes cash or e-transfer, and then you get your burger handed to you wrapped in foil paper. Resist, as hard as it is, the urge to unwrap it and dig in right away. They are a torturous few minutes but worth the wait because your burger will meld and melt and the flavours will marry. Then, do not fully unwrap the burger. Peel open a corner, and eat your way through, unwrapping as you go. This way you won’t risk losing any pickle pieces or drips of gooey cheese.

I live three blocks away from Golden Era’s usual Mount Pleasant spot outside Knowledge Barbers on Kingsway. In theory, I buy a burger to bring home and eat but more often than not, I’ve devoured it as I walked and have nothing left when I get home but the wrapper to throw away.

Joe Fortes Seafood and Chop House is rightly a Vancouver institution and a destination for exquisite seafood. It first opened in 1985, a hundred years after its namesake Seraphim “Joe” Fortes first arrived in Vancouver. […]

Hazukido just opened their very first location in Vancouver in Yaletown. The croissanterie already has other Canadian locations in Ontario as well as Quebec. Hazukido also has locations across Asia, with cafes in Malaysia and […]