The Spitfires made a name for themselves in the late ’90s and early ’00s not only for their raucous, beer-soaked live shows but also for their well-crafted rock songs. They shared stages with contemporaries like The Hellacopters, The Murder City Devils, The Black Halos, and the New Bomb Turks while winning awards from the Georgia Straight, and CFOX radio’s Seeds competition. The band toured extensively in the United States, the U.K. and Canada, but unfortunately, they’ll probably be most remembered for the night they were banned in Toronto. They continue today mostly for select live performances in Vancouver. The Spitfires have finally managed to release “Live at the Pic,” recorded by producer Howard Redekopp (Tegan and Sara, Mother Mother, New Pornographers) on his mobile recording studio at Vancouver’s infamous Piccadilly Pub in 2003. The album celebrates their 25th anniversary and the accompanying video showcases a time-capsulized look at the Canadian underground rock ‘n’ roll scene of the era. The live footage for video “Down On It” was shot via Danny Nowack (Hard Core Logo) and Doug Donut (Death Sentence) in the sweatiest, smokiest, mainstay-venue of Vancouver’s “Gunk Punk” revolution: The Pic. 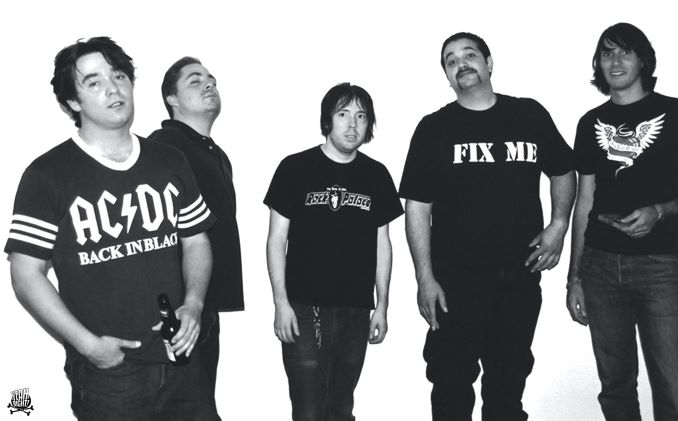 “Live at the Pic”

Classic rock in general. Too many old rockers have bad politics nowadays.

Shotgunning beers, poking at each others’ insecurities.

Both! I’m an insomniac.

Road, that’s where the stories are born!

Any of the streets that take me to the beach. The beach is the only reason to live in this city.

Vancouver rock trio the Jins are back with “Metro”, the throttling first single from their forthcoming album. The Jins are Ben Larsen (vocals, guitar), Hudson Partridge (bass) and Jamie Warnock (drums, vocals). Today they share […]