ACTORS’ 2018 album, It Will Come to You, also released on Artoffact, put the band’s moody, anthemic style on the map, earning these words from Post-Punk.com: “Vancouvers brilliant post-punk and new-wave quartet ACTORS continue their flair for sonic cinematics… The atmosphere quivers with singer Jason Corbetts crooning reverb augmented by shivering guitars and stark synths.”

Three years later, the follow-up is poised to break hearts and set fire to dance floors. Acts of Worship is an album of driving beats, massive hooks, and dramatic atmospheres – equally melancholy and electrifying. “Cinematic” is a worn-out word, but here it is simply impossible not to envision movie scenes unfolding as each track plays.

Corbett points to legends who changed the face of pop music in their day – David Bowie, Roxy Music, Duran Duran – as inspirations. “It’s about embracing who you are and having the confidence to do what you feel and not be afraid,” he says. “I made the first ACTORS album without caring about who would hear it. I think people can feel honesty in music whether they realize it or not. The new album is exactly where I wanted to go with ACTORS. It expands on the last album lyrically and sonically. It’s the next step of our journey.”

Acts of Worship was produced by Corbett at his own Jacknife Studio in Vancouver; his sonic sculpting is a major component of ACTORS’ sound, as well as the sounds of other artists like Bootblacks and SPECTRES. The album sees the debut of new bassist Kendall Wooding and Corbett notes that the current lineup, completed by synth player Shannon Hemmett and drummer Adam Fink, perfectly reflects the balance of masculine and feminine energy contained within the songs. 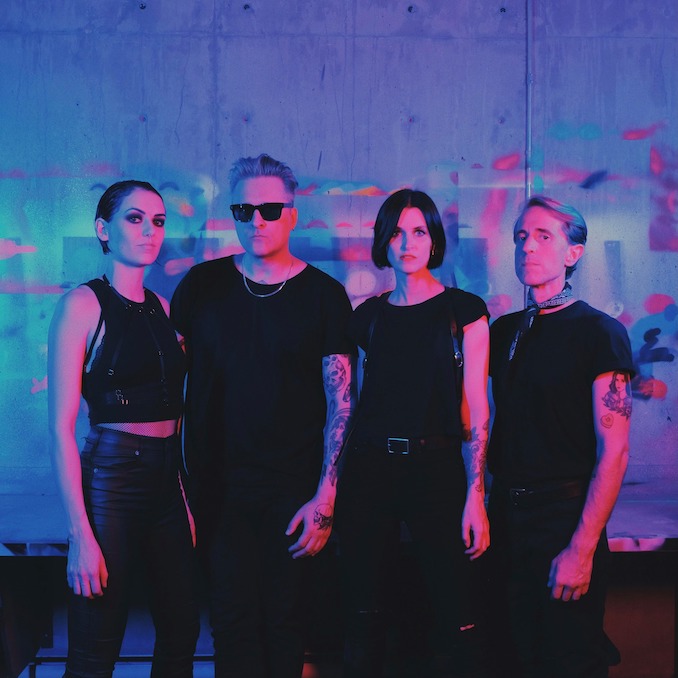 Main St. because it’s nice and central but not right downtown with the tourists.

“Five Minutes With” C.C. Voltage of Garage-Punk-N-Roll band, The Spitfires

The Spitfires made a name for themselves in the late ’90s and early ’00s not only for their raucous, beer-soaked live shows but also for their well-crafted rock songs. They shared stages with contemporaries like […]

Spectres are a post-punk band from Vancouver BC that have been on the forefront of the genre resurgence since 2005 and are commonly cited as kicking off the renewed interest in this sound. Emerging from […]