Formed in the underbelly of the Vancouver punk music scene in 1994, the band was a sneering, snotty, slap in the face to the Seattle grunge scene. Their raucous live shows, particularly an electrifying performance at Seattle’s Rock Candy, garnered the attention of Sub Pop’s Jonathan Poneman, and they promptly signed to Sub Pop imprint Die Young Stay Pretty. They began touring relentlessly with label mates The Murder City Devils, and soon were sharing stages with big names like The Damned, DOA, L7, The Offspring, Social Distortion, and many more. Within a year of recording their self-titled debut album with Jack Endino (Nirvana, Soundgarden), the band was back in the studio with the legendary producer to record their seminal second album, The Violent Years. Released on Sub Pop in 2001, the album saw them reach new heights in sales and radio play, including a Top 20 single in Canada with “Some Things Never Fall”; the accompanying video saw regular rotation on both MTV in the United States and Much Music in Canada, helping push the album to the top of Canada’s Earshot Campus Radio Charts. With The Darkness Doubled, The Black Halos are set to reclaim their crown as Canada’s premiere export of high octane punk and glam. 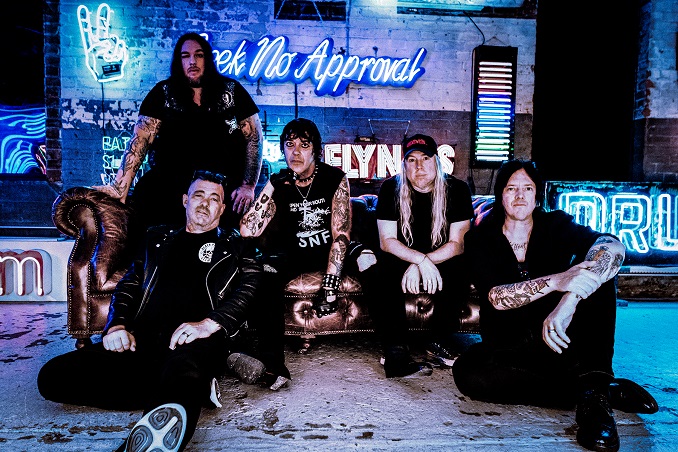 How The Darkness Doubled

A couple of beers.

I get up early and stay out late.

Road is way more fun. But I love hearing the results of time spent in a studio.

Trinity Bellwoods. It’s big, you can drink beers there in the summer, it’s 2 minutes from my apartment.

Bovine. Horseshoe is a close 2nd.

Singer/Songwriter Silent St. j perfectly marries alternative folk and soul. She graciously creates an emotional resonance with her music and has the ability to enchant her listeners. With honest and captivating lyrics and soothing vocals, […]

Now based in Vancouver, Hayley Wallis began her musical journey at a young age singing for her family and community on a small, isolated island known as Klemtu, located in the heart of the Great […]

A fresh mix of electronic rock with a few drops of synth-pop are the secret ingredients of the Vancouver-based band OurGlassZoo. The band’s debut EP in 2017 made it to the semi-finals of the biggest […]