Jay R’s sets are high-energy, refreshing and filled with original content. Some of his jokes, although at times self-deprecating and dark, are incredibly entertaining. He makes stand-up look easy and will have you clenching at your stomach laughing so hard! 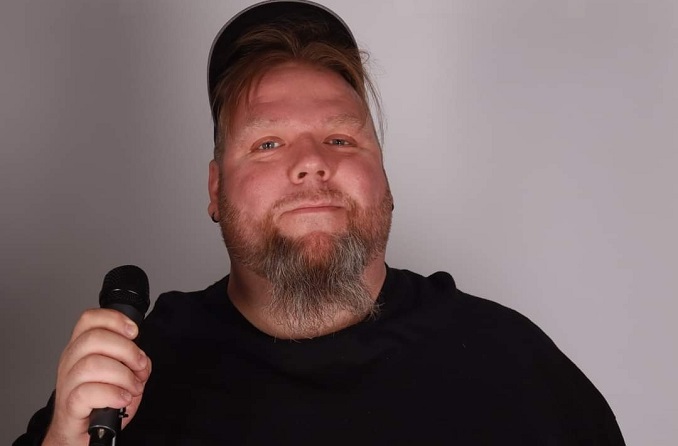 My Comedy style is storytelling with one-liners and love for crowd work shoved in the middle of it all. Can be dark. I enjoy taking the audience to uncomfortable places sometimes. Comedy should still take people there.

My Comedian influences growing up were Chris Rock, Louie CK, Mitch Hedberg and Rodney Dangerfield… Also, Russell Peters was very early on in his career as we are from the same city and I caught wind of him very early. TV was a massive influence as well. The Simpsons are probably what took up most of my time growing up. Howard Stern also had a huge impact on who I am as far as comedy goes.

My favourite comedian growing up was probably Eddie Murphy and that transitioned into Chris Rock and Louie CK. Dave Chappelle had a huge impact on me as well and then it was Patrice O’Neal. He still blows my mind to this day. R.I.P.

My favourite Comedian these days is Andrew Schulz…His crowd work is top-notch. Shane Gillis and Joe List are also on today’s list.

I take the Skytrain and transit to all my shows around the city. That takes about an hour on average and in that time I like to listen to a playlist of the latest songs I’m jamming to and prepare my mind for the show. While at the show I like to sit alone and just find some silence somehow… Thank the universe I get to do what I do… Blows my mind.

What is your favourite place you have performed?

I’ve had some great fire performances at House of Comedy in New West, but honestly, my favourite spots are when I get out of the city and perform in small towns. The audiences just treat those shows as an event and don’t take any entertainment for granted.

I have a bit regarding how I have nephews older than me…It’s my favourite due to the response to it and having comedians I have worked with and admire deeply like Eddie Ifft make me repeat it in the green room as he looked on in admiration of it. That night blew my mind. That just reminds me constantly I’m on the right path if I can do that to real professionals that have done this for their life and achieved what I will.

Youtube is the best place to find new comedians. It is now a reputable and very possible medium to have a career as a comedian now in this day and age. Live comedy is still the best. Watching professionals is the best way to learn as well.

Vancouver’s favourite Sushi is the Vancouver Eye Roll…Just judgment, jealousy and jellyfish wrapped up in seaweed and rice.

I would pay it forward by suggesting you do a profile on Comedian Mark Hughes.

For this Vancouver comedian feature we spoke with Abdul Azaz to find out more about his comedy style, influences and where to follow him on social media. How would you describe your comedy style? The […]