“Ruthless” Ravi Khanna is a Vancouver comedian who recently spoke with us about his comedy style, his influences and where he goes to discover new comics. If you are looking to discover new standup acts in the city, be sure to check out his act and follow him online. 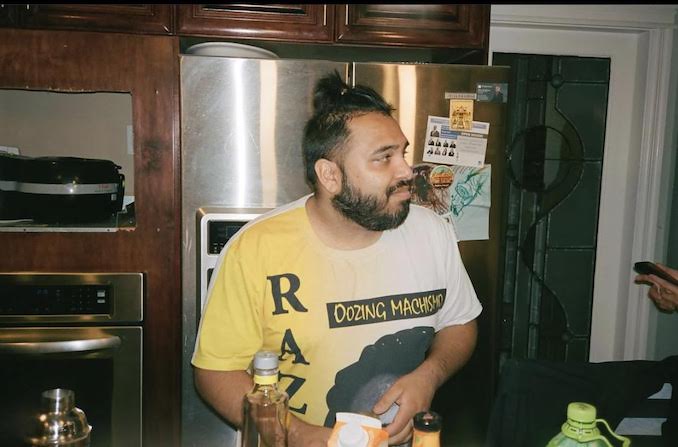 It’s raw, gritty, nostalgic, real and it’ll hit you in the feels. I didn’t mean for that to rhyme but it came out that way and it’s 3am so I’ll count that as a W. Mainly I tell stories, talk about the 90’s and try to write roast jokes that cut as deep as possible.

Dave Chappelle for The Chappelle Show that show changed the way my mind processed what is and what could be funny.

Patrice O’ Neal was a huge influence on me during high school, I would come home everyday and wait up to an hour to download episodes of the Opie & Anthony in hopes of hearing Patrice drop some knowledge.

Russell Peters for not only being one of the greatest Canadian stand up comedians of all time but for also opening doors and showing me that a guy that looked like me could do this and be more than just a cheap stereotype.

The Simpsons writing staff of the 90’s- You know that meme of the kid sitting at a computer trying to make sure his head doesn’t explode? That’s me trying to go longer than 5 minutes without making an obscure Simpson’s reference.

Larry David- there are many a day where I feel that I am the brown Larry David.

As a young kid in the 90’s it was all Adam Sandler, Jerry Seinfeld, Jim Carey, Robin Williams, Conan O’ Brian, Eddie Murphy, Chris Rock + the casts of Mad TV, In Living Color and SNL at the time.

I like to fast on days that I’m hosting or closing out it keeps the mind sharp! Also I have this pre show playlist on Spotify filled with songs about mainly getting out of the hood and baby mama drama.

Fortune Sound Club- A legendary Vancouver concert venue that took a chance and allowed us to produce shows. Had some incredible sets there and a good amount of Roast Battle victories.

During the covid-era podcasts have been a great way to discover new and up and coming talent but nothing beats a live stand-up comedy show.

I’ve been fortunate enough to have a hand in launching the Comedy Ring alongside one of the best producers in the country Adrian Joseph. Through that we’ve been able to put on hundreds of shows within the last two years in Vancouver and give some stage time to a large group of very funny people that traditionally would have struggled for stage time. I’m proud to say that you’d be hard pressed to find anyone that has watched more live stand up comedy in Vancouver over the last three years than myself.

WTFYVR Podcast and The Comedy Ring.

Indo-Canadians we’ve done a lot for this country but I really do feel that we ruined Subway. We’re not known for making sandwiches why are we in charge of the sandwiches.

The Vancouver comedy scene has been so re-invigorated over the last few years with what I would call the most diverse talent roster in Canada. Here’s some people who never fail to make me laugh.

We recently interviewed Vancouver comedian Hector Rivas to find out more about his style of comedy, his favourite comedians and where we can follow his work. If you are looking to discover new comics, or […]

Alex Mackenzie has been described as a happy cheerleader. “A genuinely funny man with a sincere desire to spread happiness,” says Stage Whispers Australia. Alex Mackenzie lives in BC, but he could live anywhere! In […]