We recently got the chance to interview Vancouver comedian Sasha Mark to find out more about their comedic style, influences, and where he goes to discover new comics. If you love comedy, be sure to follow this talented local and check out one of their shows soon. 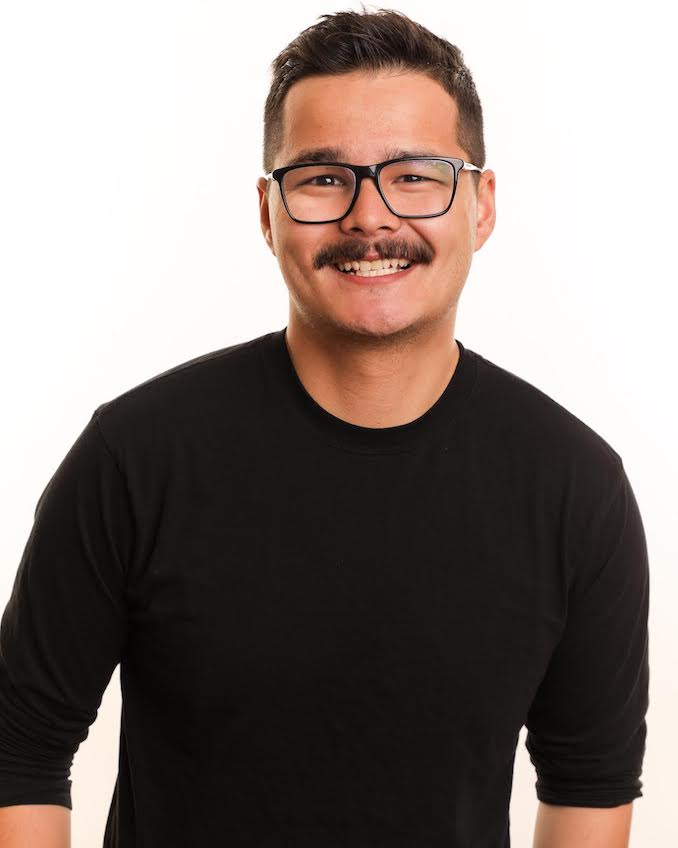 Political commentary, but very silly and super cute. I’m a firm believer in punching up and talking about my identity as a gay and Indigenous person.

I always say the person who inspired me the most to be a funny person is my little brother Nick. I will always admit that he is the funnier one out of my siblings and he could take my job any day as a stand up, but thankfully he pursued a career of being a lawyer instead.

I am gonna admit something really bad but I didn’t grow up watching stand up comedy. But also to be fair, we often find comedians we love because we can identify with them. For example, who is your favourite queer Indigenous stand up comedian? Hmmmm I’m waiting…

Jokes aside, I fell in love with comedy in my Asian-American Women’s Literature class watching Margaret Cho.

Danielle Kayahara. She is a stand up comedian based in Winnipeg, MB. You can’t find her on Netflix yet, but hopefully one day!

I pace a lot, I don’t eat dinner and I perform without alcohol.

It was a show back home in Winnipeg, called “Laughter is Medicine” for Red Rising Magazine (a magazine dedicated to supporting Indigenous voices). It was at the West End Cultural Centre with an all Indigenous lineup and such a fun audience.

In-person shows! Vancouver has such a rich stand up comedy scene that I think so many people can easily sleep on. The majority of the Juno award winners for best comedy album live in this city and are performing around in local shows in your neighbourhoods. A good venue to start would be checking out the Little Mountain Gallery, it’s a local venue that supports a bunch of comedic voices, but unfortunately that venue will be torn down for reno-victions starting end of December 2021. Check it out while you can!

Yes! I have a monthly show at The Havana Theatre. It’s called the Sasha Ha-Ha Show at The Ha-Ha-Havana Theatre. It’s an alternative comedy show that brings you some of the best comedians in the city as well as a show that likes to include other funny voices (improvisers, drag artists, choral singers etc.)! I also started to do this new spot where I hire an aspiring comedian to do their first show on stage paid.

Also! I am the General Manager of Blind Tiger Comedy. If you ever wanted to learn from some real pro comedians, we are the place! We teach improv, sketch comedy and now stand up as well.

I used to have this Justin Trudeau boyfriend. My friends called him that because he was handsome, worked for the government and kept trying to put his pipeline in places it didn’t belong.

She is a fantastic comedian in the city and one of the co-producers of the show Millennial Line (co-produced with Tin Lorica). It’s a magical night of stand up comedy and poetry. She was also featured on APTN, tells jokes all over the city and is such a joy to watch. We don’t often get to perform together though because we are both Indigenous and we are often tokenized to be on different shows.

We recently interviewed Vancouver comedian Hector Rivas to find out more about his style of comedy, his favourite comedians and where we can follow his work. If you are looking to discover new comics, or […]