Their latest album “No Rules: keeps with the band’s tradition of crafting singalong pop-anthems, while adding angular elements that are reminiscent of Ghost in the Machine-era Police. For the band, the album title refers less to a no-gods-no-masters set of rules as it does to a no boundaries aspiration. Instead of building walls, they want to build bridges. 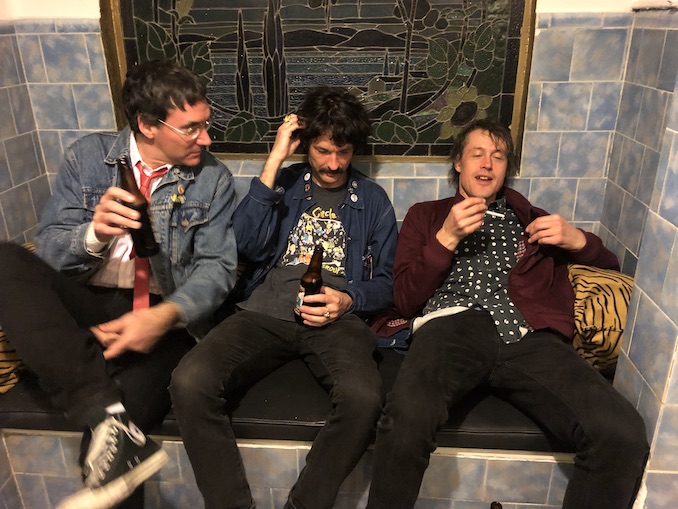 Latest Single: I am a Situation

Latest Video: I am a Situation

C.C. If you Steal my Sunshine by Len

Silo: I used to have guilt, now I only have pleasure! Double, The Captain Of Her Heart

What do you currently want to promote?

C.C. Our new album No Rules.

Jiffy Marx: Commercial Drive. Vancouver has changed so much in the twenty some years since I moved here, Commercial drive just seems to have been somewhat spared from the gentrification that the rest of the city has endured. I mean rent and property values have skyrocketed with the rest of the city but at least some of the original charm of mom-and-pop grocery stores and coffee shops has managed to stick it out on ‘The Drive’.

C.C. I concur. Traffic is a nightmare everywhere else.

Jiffy Marx: Ambleside in West Vancouver is hard to match. It’s got the beach, a year-round restaurant with a patio, a skatepark and a farmer market on Sundays and if you time it out right it’s not even that far from East Van.

Jiffy Marx: Are there any left? (Sob)

Silo: I still like seeing bands at the Vogue. Not that we would ever play there ha!

Still Creek Crows is a collaborative project between long-time friends and industry veterans Britt McKillip and Matt Rose. As one half of the award-winning duo One More Girl, McKillip has been entrenched in the entertainment […]