Brady Roberts and Mike Howorun have been friends and producing partners together in Vancouver for over seven years. They are both founding members of the Vancouver-based production company Rogue Panda Pictures. Together they have written, produced, and frequently acted in a series of projects from their award-winning fan film Nightwing: The Darkest Night (2015) and the wrestling comedy sitcom Paper Champions (2019), to most recently, their scripted conspiracy podcast Escaping Denver (2021) which has become a runaway success.

Brady and Mike both took very different paths to arrive here. Brady began in stage acting and professional wrestling in his home province of Alberta. He trained at the legendary Storm Wrestling Academy before touring at just sixteen years old. He went on to tour all over North America and Japan. He soon left Alberta for British Columbia to work in film and television, appearing on shows like Lucifer, Batwoman and Arrow.

Mike’s journey into writing and producing began early in his home province of Ontario. While attending the University of Guelph to study zoology, Mike found his true passion in stagecraft. After several years he switched majors to theatre so he could pursue his passion for stage design. However, Mike quickly began writing and producing his own projects and after his degree was complete, he packed his car and moved to Vancouver to seek out a new career in film. He found a home on the television show Supernatural (2005) starting out as a production assistant and has since maintained a full-time position working on network television all while writing and producing his own content.

Every day, both Brady and Mike, balance their daily jobs while spending all their free time working together to produce their own projects with their producing partner Matthew Hall. 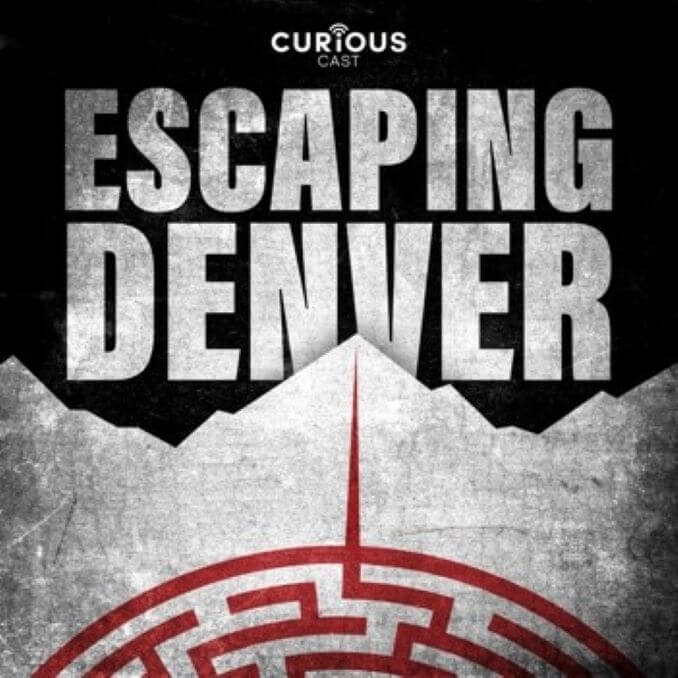 Which ‘hood are you in?

Brady is downtown on Davie and Mike is in Fairview but all the podcast recording and editing happen in East Vancouver. We’re all over.

What do you do?

Like many artists in this city, we have day jobs on top of our creative endeavours. As you likely guessed from the photos, Brady is a personal trainer while Mike works in the film industry as a Location Scout. Outside of that, we’re writers, producers and creators with our production company, Rogue Panda Pictures.

What are you currently working on?

How much space do you have? We always have lots of irons in the fire, trying to push a number of projects forward. From live-action comedy to children’s animation, there are heaps of stories we’re eager to tell.

Currently, we have an adventure-thriller fiction podcast called Escaping Denver. In the form of a modern radio play, we dive deep below the Denver International Airport and into a sinister labyrinth in which our heroes are trapped. Season 2 just launched on March 28th, with new episodes release bi-weekly.

Where can we find your work?

Escaping Denver can be found on Apple Podcasts, Amazon, Spotify, Curiouscast and wherever else podcasts are found.

“A Day in the Life” with Multidisciplinary Performer, Frankie Cottrell

Frankie Cottrell is a multidisciplinary performer, born and raised in Gibsons, B.C. He is Indigenous from the Talhtan Nation and his Indigenous name is Wākinādā, which means “walks on the clouds”. He studied Musical Theatre […]

“A Day in the Life” with Vancouver Artist and Designer, Kim Rosin

Kim Rosin has a deep passion and curiosity for the world around her. She observes acutely and always tries to find an interesting perspective. This is revealed in her art – both in the eclectic […]

“A Day in The Life” with Visual Artist, Priscilla Yu

Priscilla Yu is a truly creative soul. Over the years I’ve known Priscilla, I’ve seen her art transform into many different mediums; paint, digital, sculptural, and fabric, and have even been privy to a few […]