Mud Bay is rocking on with their new song “Feel,” out now as the lead single from their sixth album Best Laid Plans.

Addressing the preoccupied individual who “can’t think, can’t touch, can’t feel,” “Feel” is a call to embrace the anti-cerebral, sensual playground of live rock and roll. “FEEL! FEEL! FEEL!” Mark Branscombe- along with the stellar vocals of Aidan Farrell, daughter of drummer Murphy Farrell- implores the listener in the song’s rollicking conclusion. It is both a plea and a rallying cry, encompassing all of Mud Bay’s hard-earned wisdom in one spirited single.

Mud Bay has been electrifying audiences with its high-intensity brand of original Roots & Blues music and truckload of character since 1978. They’ve accumulated some well-deserved monikers in their time, including “The Band That Won’t Go Away,” “Saturday Night Entertainment, Any Day of the Week,” and “One of Canadian Music’s Best Kept Secrets.” All well-fitting, as in their over four decades playing together Mud Bay has forged a genre-agnostic identity, letting their musical intuition guide them, embracing new sounds and styles along the way. Best Laid Plans showcases the versatility of the band’s songwriting and their wide-ranging influences—Blues, Country, Cajun, Rock, Soul, and more.

Harmonica maestro Mud Bay Slim or the ‘King of the Mud Bay Delta Blues’ delivers the goods as always with “My Disposition,” “When The Blues Come To Town,” and “Last Slim Dime.” Guitarist Randall T. Carpenter also showcases his blues roots with “Best Laid Plans” and “Hard Times,” but also ventures into outspoken social commentary with “Greed” and “Talk Is Cheap,” and makes a heartfelt plea for understanding in troubled times with “Love and Forgiveness.” But there’s much more than blues here– Drummer Murphy Farrell brings uptown R&B into the mix with “Rock In My Shoe” and “Feel,” and detours into gloriously unrestrained rock with “Pound Rocks.” Finally, Guitarist Mark Branscombe kicks in some horn-driven soul with “Soul In The City,” a taste of twang with “Down To The Bottom,” and some epic rock with “Struggle.” Nailing down the groove on all these tracks is bassist Dennis Ingvaldson, an integral part of the Mud Bay sound. 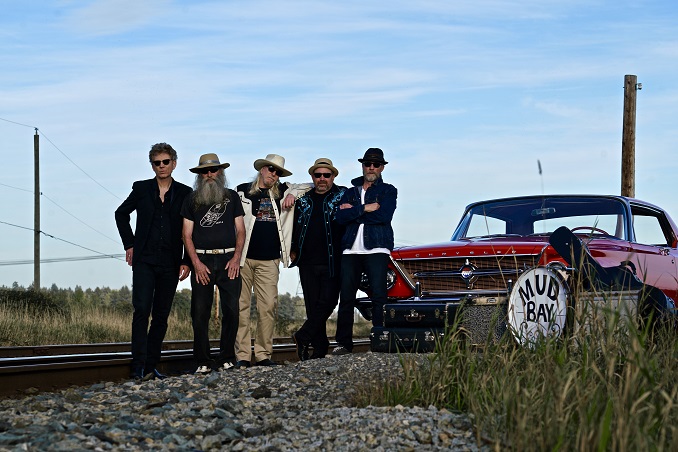 Take A Chance On Me – ABBA

Tuning 26 or 32 strings on various instruments, then choosing which of our 200 + songs make up that night’s setlist.

Either one is fine, just as long as there’s a song there that grabs me

These days I much prefer the studio. Though nothing beats the invigorating effect of a great show, the studio work is done for keeps. So the challenge is greater.

Now based in Vancouver, Hayley Wallis began her musical journey at a young age singing for her family and community on a small, isolated island known as Klemtu, located in the heart of the Great […]