Krystle Dos Santos is a 2x Western Canadian Music Award-winning soul, jazz and R&B singer based out of Vancouver, Canada. With an extraordinary voice that is commanding, powerful and rich with talent, her music, inspired by classic and neo-soul combined with smooth R&B elements is executed brilliantly; It’s simultaneously elegant, bold and sensual, pulling inspiration from her idols Etta James, Nina Simone, Toni Braxton and Chaka Khan to name a few.

Her performances are mesmerizing; She sings with sheer heart-wrenching dominion about heartbreak, struggles and falling in love. Krystle’s charming, self-deprecating manner establishes an easy rapport with audiences. She performs with her wildly talented and well-suited 3 piece band creating a magnetic performance with an avalanche of sound. Dos Santos is a rare marvel in contemporary music “an analogue girl in the digital world”.

From the sultry, syncopated funky rhythms to the Classic Soul and R&B-infused instant classics, her writing pays tribute to her heroes and influences while exploring fresh new vistas of urban soul. Her impressive range of styles showcases the power and versatility of her voice; from soaring highs to throaty lows, from whispers to a howl, with a warmth that envelops you. Her approach to music is unmistakably genuine.

Dos Santos grew up in Edmonton and her roots are Guyanese. She studied at the elite Canadian College of Performing Arts and has a BSc from the University of Alberta. She released her debut self-titled album in 2008, which was awarded the Urban Recording of the Year in 2009 at the WCMA’s. Her second, highly sophisticated and elevated album, Fame Fatale, was released in 2011, also garnering a nomination in 2012. Most recently, with her album BLOOM|BURN, Dos Santos received the WCMA R&B Artist of the Year for 2020. When she’s not performing locally on large stages and in intimate venues in Vancouver, or touring with her young family across the country, Krystle can be found glamourously changing diapers, potty training, and playground hopping

In addition to performing, she is an actor in TV/Film and has starred in The Arts Club musical Dreamgirls, The Chelsea Hotel: The Songs of Leonard Cohen at The Firehall Arts Centre and created a show called ‘BLAK, exploring Canada’s Black History. She also loves performing for young audiences to share the History of Motown in schools. Dos Santos is touring her cabaret-style musical, Hey Viola!, in the summer of 2022 after its short-lived 2020 debut. Hey Viola! is a musical exploration of Canadian Civil Rights hero Viola Desmond, a co-creation with award-winning producer/writer Tracey Power. 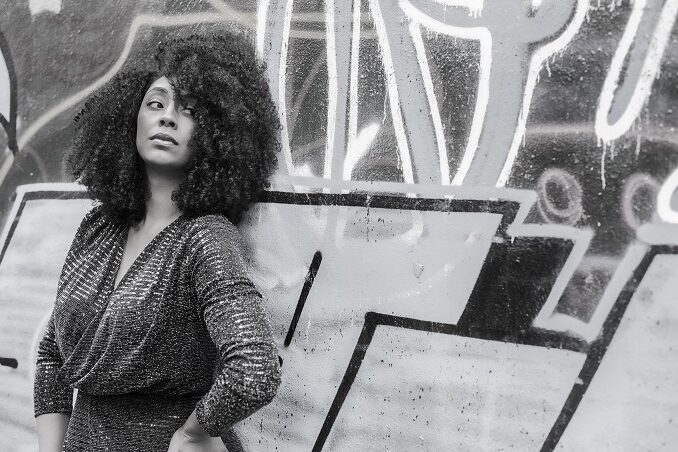 Hey Viola! the Soundtrack of a Life

Both – not on purpose. Kids will do that to you 😵‍💫

I was usually always a stage lover, but I’ve come to appreciate and enjoy studio work.

Pizzeria Ludica or the BoatHouse on the Quay in New West.

Is a boardwalk on the river a valid choice?? I love walking on the Quay in New West.

Hailing from South Auckland, New Zealand, Vancouver-based singer, songwriter, and multi-instrumentalist, Niki Kennedy, is dedicated to making music that feels like a big hug whether you want to dance or cry. Creating within the self-defined […]