During the pandemic, you could say that Josh Ramsay really let himself go. Not in terms of packing on a few extra pounds, mind you. Rather, by indulging himself by writing, producing, and playing all the instruments on his debut solo record, The Josh Ramsay Show. Aptly titled, The Josh Ramsay Show is a sweeping exploration of musical styles featuring collaborations with a wide range of Canadian singers from across the musical spectrum that rings in at 18 tracks in all.

This album is a love letter to music as a whole, never sticking to the same genre twice. Rather than create a record remotely similar to his work with the band, Ramsay decided early on that he’d step out ramatically on The Josh Ramsay Show. Nowhere is that more evident than on ‘Blame It On The Beat’, Ramsay’s updated take on a big band swing tune; complete with a full horn section, standup bass and a rollicking ‘good times are here again’ feel that puts the boots to the idea Ramsay had any intention of making the kind of stripped-down, introspective offering that often characterizes a lead singer’s solo project.

Along the way – both on songs featuring other artists and those he takes on alone – Ramsay covers an epic amount of ground, stylistically; everything from modern country (on ‘Best Of Me’ Feat. Dallas Smith), to tracks that defy description like his standout duet with Serena Ryder, ‘Beat The Devil’, with its eminently satisfying nod to Peter Gabriel’s ‘Sledgehammer’, through EDM and full-on orchestral instrumentals.

Granted, there are plenty of standouts on The Josh Ramsay Show, among them, ‘Can’t Give It Up’, featuring breakout Canadian pop star, Tyler Shaw, ‘Perfect Mistake’ with pop songstress Ria Mae, and the album’s chill-inducing, symphonic closer, ‘Miles and Miles’. Written for his late father and performed with Ramsay’s sister, Sara, an accomplished musician in her own right, ‘Miles and Miles’ is the kind of track that will give you goosebumps on your goosebumps. It is one of three highly personal offerings on the record directly inspired by major events that took place in Ramsay’s life during 2020.

As with every project he takes on, Ramsay also wanted to push his personal limitations and challenge himself as a songwriter, singer, player, and producer. That’s always been a defining characteristic of his output as Marianas Trench’s frontman and songwriter, and in his role as producer and songwriter for artists like Nickelback, 5 Seconds of Summer, and Carly Rae Jepsen, whose worldwide hit, ‘Call Me Maybe’ garnered Ramsay a Grammy nomination in 2013. 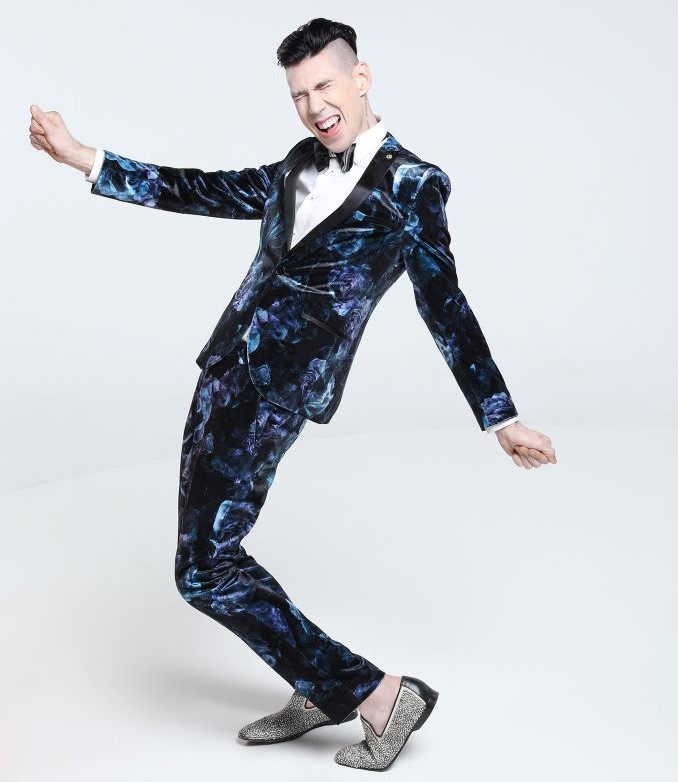 ​I love playing live and visiting new places. But at the end of the day, being creative is where I’m at home. And that’s the studio.

​My first solo record dropped on April 8th. I’m very excited about it.

​Main street has it all. From great restaurants, music stores, hangouts.

​Pacific spirit. I have so many great memories of walking my dogs there. And I’ve come up with a lot of song ideas in there, too.

​Commodore Ballroom. I will never forget the first time we sold out that venue.

Over the last year, Sammi Morelli has been using this global ‘pause’ to focus on raising her baby daughter, releasing a few notable EDM Collaborations (which have collectively surpassed 1M streams and counting across platforms), […]

Stella Soul is all about serving up classic jazzy, soulful sounds with a contemporary pop twist. Whether in a club, a cafe, private parties, or in a hotel lounge, this two-piece band brings high energy […]