Already known for their honest lyricism and captivating storytelling, Fionn are taking their soundscape in an even more diverse direction; encapsulating everything from sugary sweet sounds to moodier melodies, and their folk roots. While remaining true to themselves, Fionn’s current vibe embraces a more playful side — a direct result of the sisters’ experiences and mindset over the past year.

Noted as “undeniably seasoned” by Billboard early on in their career, Fionn’s constant evolutionary state has taken them to new heights, with music from their 2021 record Candid Constellations being described as “a fiercely catchy slice of pop” by American Songwriter. With over 1.5 million Spotify streams, the duo have impressed industry and press alike since their 2017 debut finding their names amongst tastemaker praise and included on some of the most sought-after editorial playlists across DSPs. 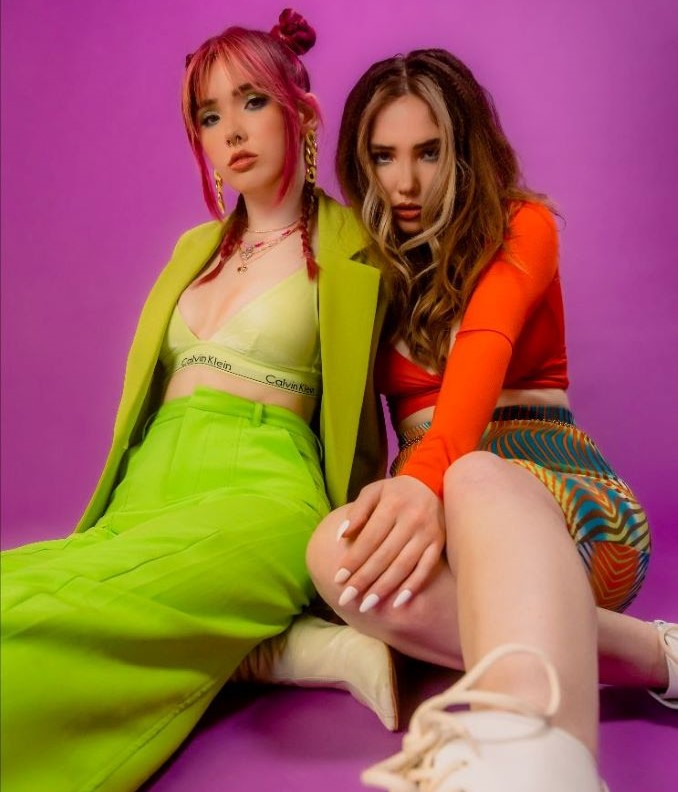 Picnic on the Moon

We have different answers for this one! Bri’s current favourite is Phoebe Bridgers, and mine (Alanna’s) is Suzanne Santo.

A morning practice session in our PJs.

We have so many! Our current favourites are Jillian Lake, Vox Rea, Ludic, Fake Shark, Molly Anelle and Madisyn Gifford!

We are a couple of night owls for sure!

We’re playing a show with Root Dwellers at the Anza Club on June 25th, and we just released our first single for this album cycle, ‘Picnic on the Moon’

Side Hustle Sandwiches on Main Street!

Main Street, because that’s where all of our favourite stores and restaurants are.

Queen Elizabeth Park! We love walking around the beautiful gardens and visiting parrots at the Bloedel Conservatory.

Long and Mcquade On Terminal Ave because the staff are always so lovely and helpful!