This week we had the chance to talk with Jon Gagnon about his influences, style and his talk show called “This Month Tonight”. 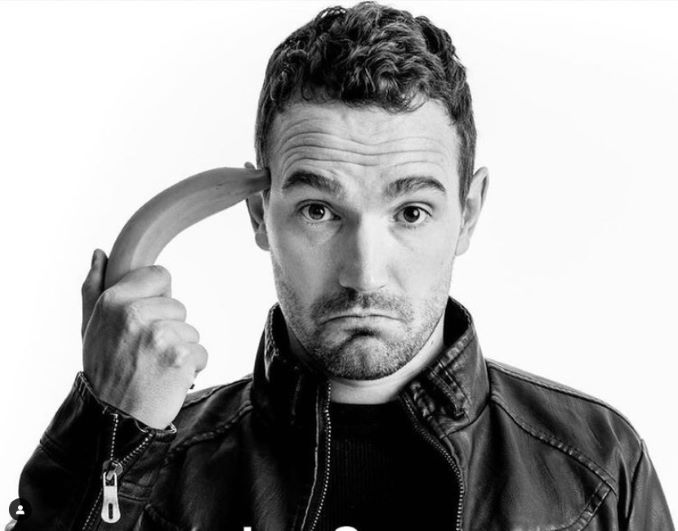 I would consider myself a storyteller with hints of darkness.

Most of my material is either personal or making fun of society.

The best way to describe me is that I am a charming asshole.

I am heavily influenced by Conan O’Brien, Mike Meyers and Will Forte.

Growing up I was a big fan of Ellen Degeneres, Mitch Hedberg and Louie Anderson and a bunch of comedians that have since been cancelled. May their careers Rest In Peace.

Dave Chappelle is currently my favourite comedian. Although he’s been a little too controversial in his latest specials. I’m not sure what his obsession is with the LGBTQ+ lol. Having said that, his ability to navigate through material is mesmerizing.

I like to show up early. Get a feel for the room. I like to have a tequila or two to get into the right vibe. Then before I get on stage I hum “I’m on fire” by Bruce Springsteen because it has the right BPM and tone I want for my cadence. 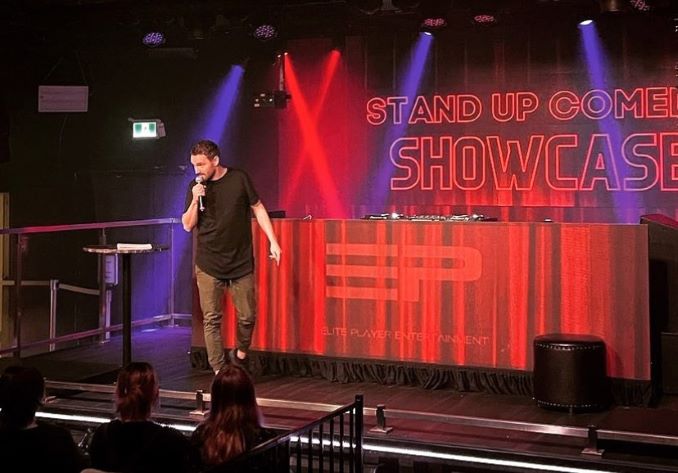 I performed at the Skyline Comedy club in Wisconsin. It was a Giant barn and I needed to take an elevator to get to the top floor where the show is. The crowd was a bunch of big burley farm people.

I remember I had a joke about listening to religious radio while driving around in Wisconsin and as I told it the men crossed their arms. I realized I was barking up the wrong tree so I improvised the punchline. The ending was way better. It’s now one of my favourite jerks to tell.

When I left someone heard that I was sleeping in my car and bought me a hotel room for the next two nights. In exchange, I bought him 11 molsons Canadians. (I drank one to make sure it wasn’t poisoned).

Comedy is just so much better live. Sorry.

I have a talk show called “This Month Tonight” which you can find on YouTube and Instagram.

At a distance so I can’t see you, but close enough so that I can be turned on by the chase. That or Instagram.

Andrea Jin is a stand-up comedian and writer born in Shanghai, currently based in Vancouver BC. She was recently selected for the New Faces of Comedy showcase at Just for Laugh’s Montreal Festival and has […]