Vancouver comedian Maddy Kelly recently worked on a comedy show called The Slowest Show that is available through the CBC Gem streaming service. We got to speak with the local comic to find out more about her, her influences and her favourite place to perform. 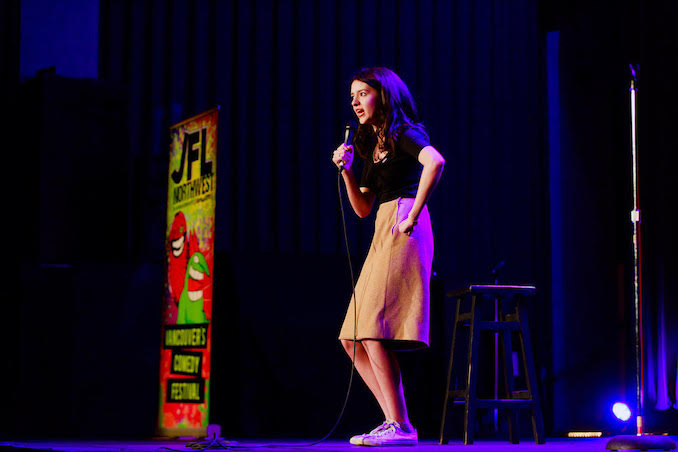 A quirky gal from the right side of the tracks looks for love in all the wrong places.

There was this guy who ran my daycare who was very funny and I studied him very closely to see how he made kids laugh. I also was obsessed with the brother in iCarly.

My favourite person to watch do comedy is Graham Clark.

I drink a RedBull and mouth the lyrics to MIA’s Bad Girls very softly under my mask.

The Kino Cafe in Vancouver. I did my first ever set there and it felt like I was in a movie. Probably because they sometimes film movies there.

My comic friends love to recommend albums for me to listen to and then I go ahead and listen to those about 7-10 months later.

I was lucky enough to be part of writing and directing a conceptual comedy show called The Slowest Show which is available to watch on CBC Gem.

This week we had the chance to talk with Jon Gagnon about his influences, style and his talk show called “This Month Tonight”. How would you describe your comedy style? I would consider myself a […]