Gina Harms hosts a show called Comedy Bucket where comics do sets based on audience suggestions. She also has a podcast called Dear Pop Culture where she interviews comedians, musicians, actors and other local creatives about the nostalgic pop culture they grew up with. We got to speak with local comic Gina Harms to find out more about her. 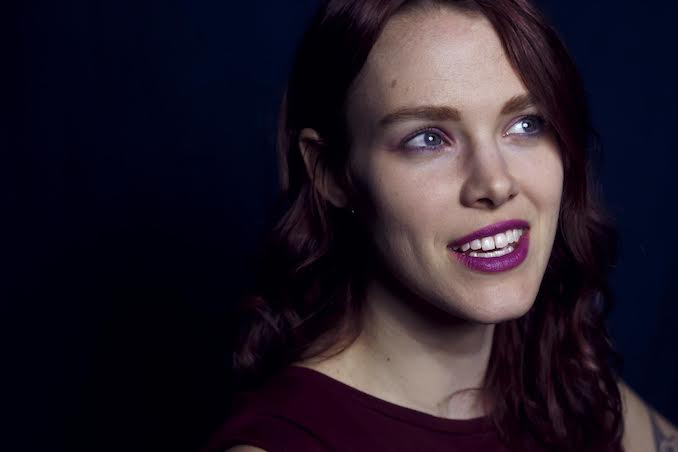 In my early 20s I was obsessed with Aziz Ansari, I felt like he talked about pop culture in a way I hadn’t seen a stand up do before (I had not seen that much stand up). Now I’d say Mike Birbiglia, he tells stories beautifully and packs them with punchlines.

Ellen Degeneres! I know we hate her now but her special ‘Here And Now’ is something I quote to this day. Then in high school I bought Sarah Silverman’s ‘Jesus Is Magic’ on DVD and watched that on a loop for a while.

That is too hard but my fav comedy album is Sara Hennessey’s ‘They Know Too Much’ & my favourite special I’ve seen recently is from Julio Torres, a writer for SNL.

I stand in power poses right before I go on stage and tell myself that everyone loves me.

Probably Little Mountain Gallery in Vancouver (maybe I’m just sentimental because it’s closing) because it’s a space run by comedians so I always feel the freest to experiment and just have fun.

During the lockdown I started looked up canadian comedy record labels like Howl & Roar, Comedy Here Often, Comedy Records and listened to the albums they’ve put out. But the best is just going to shows around the city, there are so many good comics in Vancouver it’s insane.

I host a show called Comedy Bucket where comics do sets based on audience suggestions, the last one at Little Mountain Gallery will be Dec.10 and I’m hoping to find a new venue for it in the new year (TBA).

Also I have a podcast called Dear Pop Culture where I interview comedians, musicians, actors, or whoever about the nostalgic pop culture they were into growing up you can get it wherever you listen to podcasts (except youtube, we are strictly audio)

I hate when people ask me what my tattoos mean because they don’t mean anything except that I was lonely and I paid someone to touch my skin for 2 hours.

Randee Neumeyer, she has an album out called ‘Bad Baby’