That music with so few words can tell such an evocative musical story is a testament to the depth of studio talent when Astrocolor gathers at Burning Rainbow Studios, in Victoria BC. Twice nominated for Electronic Artist of the Year at the Western Canadian Music Awards, Astrocolor’s catalogue has over 5 million streams on the major platforms, a loyal following of listeners globally, and significant national airplay from flagship CBC shows including Drive, Afterdark, q, and The Strombo Show. 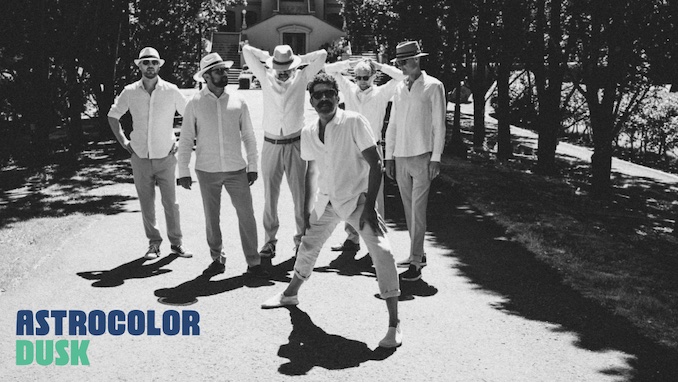 We never feel guilty about listening to any song!

Imitating Randy “Macho Man” Savage with 3 deep breaths in and then a communal sky fist while saying “Ohhhh Yeaaaaa” just like the Macho Man would do.

Stanley Park – the obvious one because we’re from Victoria!

Autogramm is a synth-driven, power-pop trio from Vancouver drawing influences from the likes of The Cars, The Go Go’s, Gary Numan, 20/20 and Devo. Singer Jiffy Marx, bassist CC Voltage, and Chicago-based drummer The Silo, […]

Cold Fame is an electronic indie pop band from Canada. Formed in 2021, it is made up of Damian Anthony and Cody Dalman. What began as a collaborative recording project to fill the void during […]