‘Mona’ and ‘Night Crawling’ are accompanied by classic throwback music videos by Far From Earth Films director Tim Cash. Pennan and Tim have collaborated over the past decade on a number of music videos and a pair of feature-length films. Following their film festival run, ‘The Astronot’ and ‘2 Below 0’ movies stream on Amazon Prime.

“I’m really pleased with how ‘Mona’ turned out,” remarks Pennan. “I’ve always loved upbeat country-rock music. On the drums, we’ve got Edward Whelan keeping time with bassist Kaj Falch-Nielsen rounding out the rhythm section. Alison Jenkins adds her touches with background vocals; one highlight for me on the song is her harmonies in the outro. Meanwhile, I pick away on guitar. I really hope people have fun with the single and that’s it’s a good introduction to the album.” 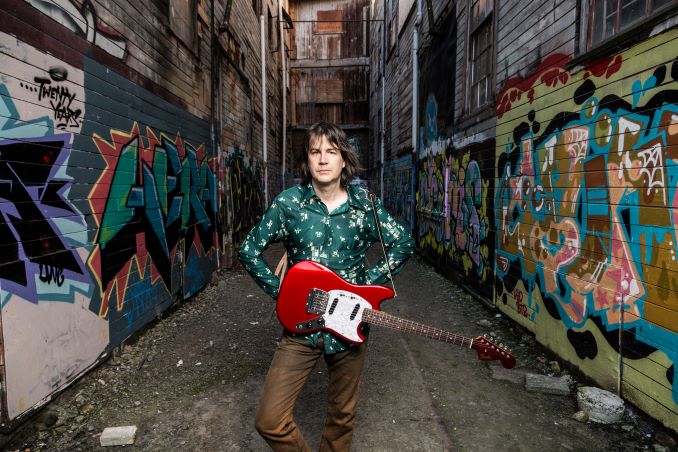 My 10th album ‘Planted’ came out on Nov 26. I’ve released 3 singles off the 10-track album recorded at Blue Light Studio in East Van. They are: ‘Mona’, ‘Night Crawling’ & ‘Incognito’ with music videos for the 1st 2 songs.

Main Street; has a nice balance of everything.

Strathcona Park. It’s nearby & I like walking around the neighbourhood.

The Biltmore Cabaret. It has a pretty cool layout.

Neptoon Records. They have a great history & commitment to vinyl.

With more new music anticipated in the coming months and quickly joining the new generation of Canadian artists getting noticed in the rising pop scene, Madisyn Gifford has already accumulated over 235K Spotify streams and […]

Over the last year, Sammi Morelli has been using this global ‘pause’ to focus on raising her baby daughter, releasing a few notable EDM Collaborations (which have collectively surpassed 1M streams and counting across platforms), […]