Lee and Steph began dating in 2013 and Parlour Panther was born one year later, as a way to celebrate their Queer love. Steph and Lee [aka Leeph] are now married and have been writing songs together for eight years. When listening to their discography the listener gets an intimate look into their evolution as artists and queers in love. 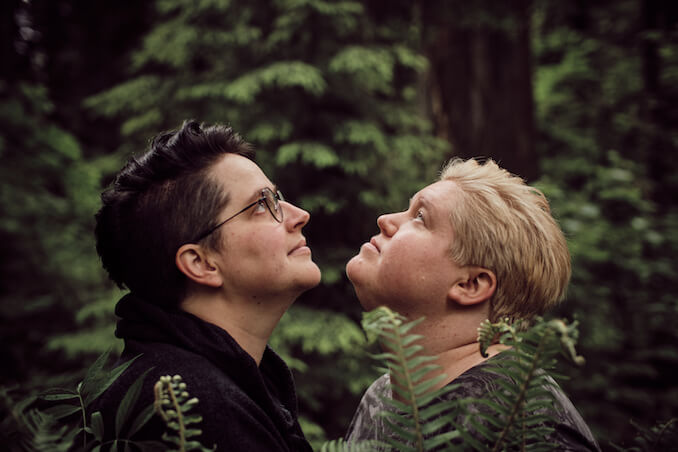 Steph says ‘The Distillers’ the first band they ever saw live in concert.

Again, so many! But,

Steph – ‘Blinding Lights’ by The Weeknd

Go somewhere quiet for a few minutes before. Do some breathing/vocal exercises, drink water. Give each other a kiss xo

Just released a big one! Our sophomore LP ‘Retrograde’ released via Coax Records in August. We’re touring that album now and brewing ideas for what’s next.

Since their inception, Colour Tongues have taken hits and weathered storms, both literally and figuratively, and they’re still alive to tell the story. Coming from a variety of influences and life journeys, the band has […]

Already known for their honest lyricism and captivating storytelling, Fionn are taking their soundscape in an even more diverse direction; encapsulating everything from sugary sweet sounds to moodier melodies, and their folk roots. While remaining […]