For years, Vancouver activists and scientists have called on the provincial government to take action against the adverse effects rat poisons have on the environment and local wildlife.

Their efforts continue to this day, with environmental and animal welfare organizations such as the Defend Them All Foundation campaigning against the widespread use of harmful rat poisons. As recently as July 2021, activist efforts resulted in a temporary, 18-month ban on the use and sale of these poisons until a provincial inquiry could be completed. While this was a step in the right direction, concerns regarding the province’s commitment to wildlife, the environment, and citizens’ health remain. 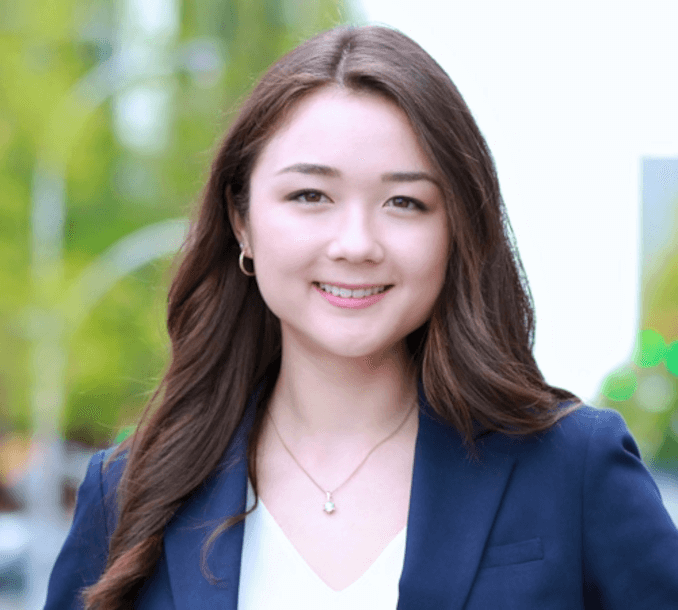 Marie Turcott is one of these activists. A Vancouver-based lawyer, she’s involved with the environmental and animal welfare organizations working to change the province’s laws surrounding the toxic rat poisons in use today. Marie has been a key factor in these campaigns and is responsible for a report that served as the foundation of the province-wide 2021 interim ban.

We had the opportunity to talk with Marie to learn more about the dynamic political landscape surrounding rat poisons and environmental laws in Vancouver and British Columbia.

Thanks again for speaking with me. We’re here to talk about the adverse effects that current rat poisons have on wildlife and the environment. Could you start with the type of poisons that are used and how they work?

Marie: Thank you for taking the time as well! To start, there are many different types of poisons used to kill rodents, but my work focuses on second-generation anticoagulant rodenticides, referred to more simply as SGARS. These are highly toxic compounds that interfere with blood clotting and induce internal hemorrhaging and excessive bleeding—which, as you can imagine, results in a slow, agonizing death as the animal bleeds to death from the inside.

Because of how toxic and dangerous SGARs are, the Canadian federal government has restricted these products to use only in commercial activities, which means they are not available for sale to the general public. Despite this, SGARs are the most commonly used rodenticide in Canada and across the world. You can get a sense of how common they are if you go outside and notice the black bait boxes you’ve probably seen in alleyways or along the perimeters of buildings, malls, parks, and schools, to name a few.

I’ve definitely seen those black boxes across Vancouver, although I never would have guessed their contents. How do pest-management companies and the government ensure that only rats or mice are targeted?

Marie: Simply put, they can’t. SGARs permeate the environment through direct consumption by predators and scavengers, or, when a poisoned carcass decomposes, the poison in its tissue seeps into the aquatic ecosystems or the soil. Many of B.C.’s treasured and endangered wildlife species face serious risks of rodenticide poisoning. Owls and other birds of prey are at particularly high risk because of their dependence on rodents as a food source. In recent years, there have been countless, tragic cases of poisoned and dead owls across the province.

In essence, this means that even if you don’t care about rats, you should care about SGARs because of the threat they pose to wildlife, pets, and even children—there are numerous reports of household pets and children involving these poisons in BC alone. This isn’t an issue that’s contained to just rats. It affects us all.

At the very least, does data show that SGARs are the most effective method of rodent control?

Marie: Not only is it clear that these products are highly dangerous, but they are also simply ineffective and counterproductive. It’s a common misconception that banning poisons will make rat problems worse. The reality is that our reliance on poisons is contributing to recurring infestations. Even pest control operators admit that while poisoning is cheap and easy, poisons are not a long-term solution because they don’t address the root of the problem: rats are drawn to food and shelter, and so the primary method of getting rid of them should be removing attractants, and “rat-proofing” buildings and structures. The bigger issue isn’t the rats, but what they’re attracted to and how they’re getting to it.

If there is so much evidence against the use of SGARs, why are they even allowed in Canada and BC in the first place?

Marie: Part of it is profit. The pest management industry in Canada is valued in the hundreds of millions of dollars. They have convinced the public and government that poisons are necessary to deal with rodent infestations and, in turn, have gotten away without having to innovate while still making money. Environmental advocates have been long-concerned by the lack of transparency and industry-favourable studies that influence the federal agencies responsible for approving and monitoring registered pesticides. A transition to chemical-free methods of pest control that are cost-effective for the consumer and government could be done with relative ease, yet the industry has shown they are unwilling to evolve without civic and regulatory pressure.

To clarify, is the provincial government aware of the adverse effects SGARs have?

Marie: Yes, they are more than aware. As a result of the cumulative efforts of local advocates, municipalities and wildlife organizations, the Ministry implemented the Rodenticide Action Plan in July of last year. This included an 18-month purported “ban” on the sale and use of SGARs and a scientific review of the root causes of secondary poisoning. This is significant because it is a formal acknowledgement by the government that these poisons cause harm to wildlife and thus justify a new, science-informed approach to their use.

You’ve put quotes around “ban,” would you say it’s been effective?

Marie: In my view, this “ban” implemented to address the danger has so many exemptions that it doesn’t really change much—hospitals, grocers, restaurants, and agricultural facilities are all free to continue using SGARs. If we take a pause and think about what is happening, the government has continued to permit the sale and use of products we have known for decades to pose fatal threats to endangered wildlife species and the broader ecosystems as a whole. This is simply not acceptable. I will, however, maintain my optimism that in the upcoming review, the Ministry will feel confident in making the bold but necessary move to fully prohibit these products.

As we wait for the provincial government’s review, do you have any advice on how our readers can get involved?

Marie: It’s always important to educate yourself and those around you on the harmful effects of rodenticides and use or promote natural and humane pest management. This means “rat-proofing” the premises of your home by addressing the active and potential access-points. Food and other resources that attract rats must be secured or eliminated—if there’s nothing in your home for the rats, there will be no reason for them to stay. If you live in or around Metro Vancouver or on Vancouver Island, Humane Solutions is a company I have no affiliation with but that I have consistently recommended because they offer innovative and effective long-term solutions, without the use of poisons or other archaic methods of dealing with infestations.

Finally, because SGARs are federally and provincially regulated, the government can and needs to take action. Reach out to your local officials. Sign an ongoing petition like the Defend Them All Foundation’s active petition called Rodenticide Free BC, or start one in your area. These campaigns start with just a single person, and your efforts can really make a difference.